One part of my Tom Baker Costume that’s been gathering compliments are my boots! 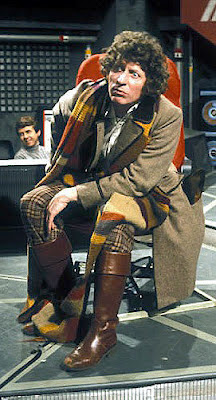 A lot of people commented on they at NorCon a couple of weeks back, and several readers have remarked on them to me as well.

They are closely based on a pair of boots occasionally worn by Tom Baker during season 16 and 17.

There aren’t that many good shots showing them, as photographs are often cropped off, of the scarf covers the boots.

The two shots I used as reference were from The Armageddon Factor (see right) and Destiny Of The Daleks (see below). 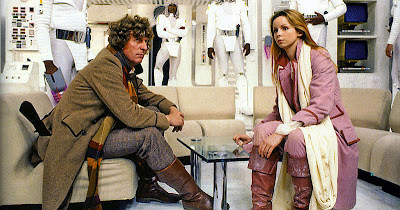 So where did I get them from?
The same boot makers that make Matt Smith’s footwear!

When I was there collecting some boots for a client, I took the chance to show them the photos above and ask if they could make them for me. The answer was a big yes! 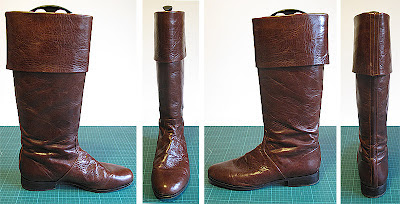 They are custom-made to my foot sizing, and are SO comfortable to wear, I can’t tell you! 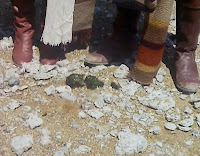 The guys did such a great job matching what I showed them, and they seemed to instinctively fill in the details they couldn’t quite make out in the photos.
I wondered if they got the design over the ankle right, but checking a close-up in Destiny Of The Daleks put my mind to rest!

I’m so pleased with these boots – they really make the outfit! 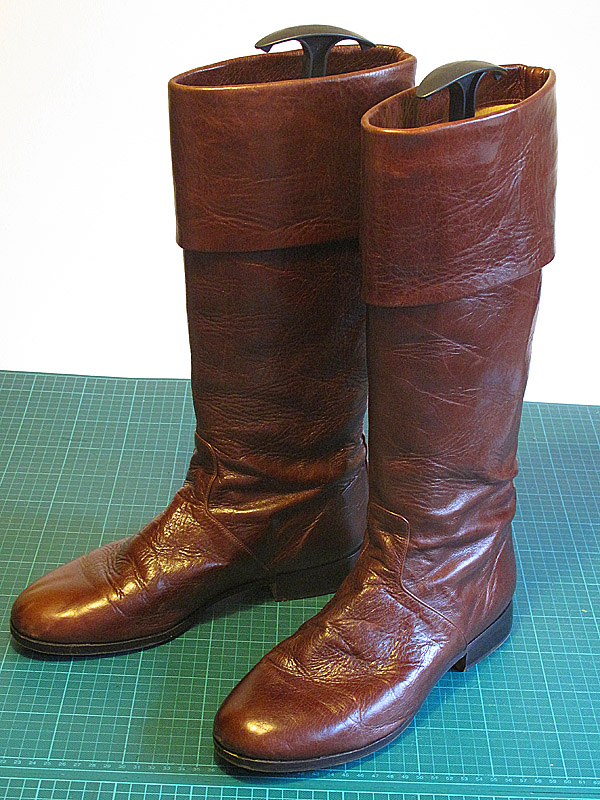 Following my photos of the finished Four Frock Coat, here are some fun pictures of me wearing it! 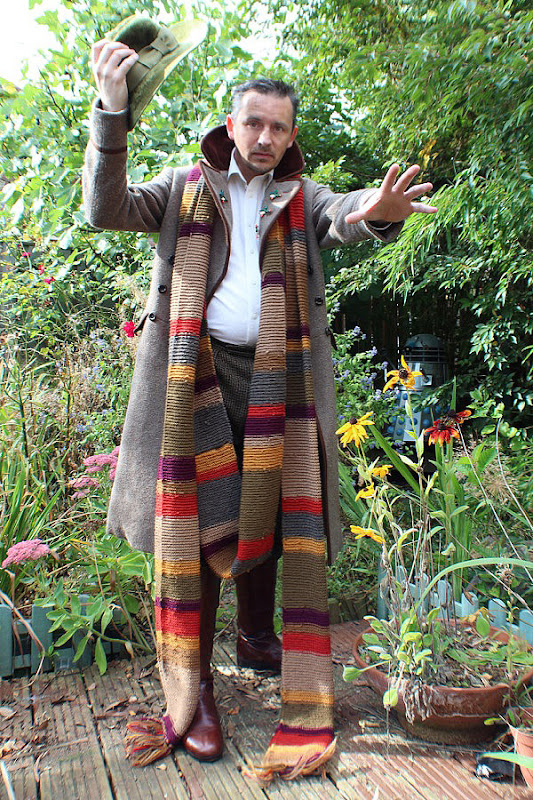 Now being pursued by my Dalek (he’s nicknamed Derek by the way). 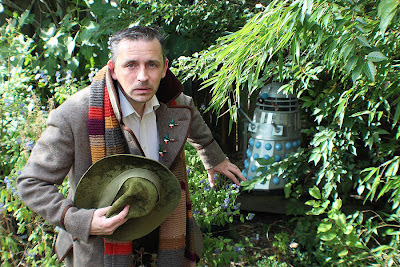 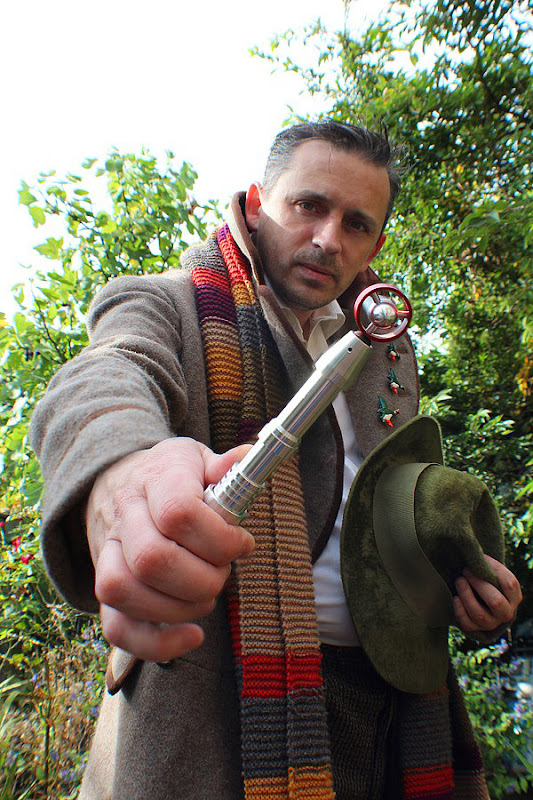 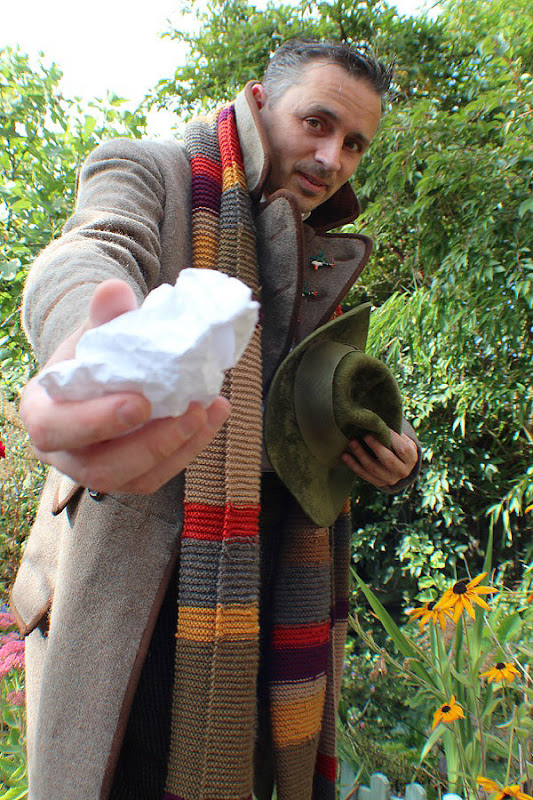 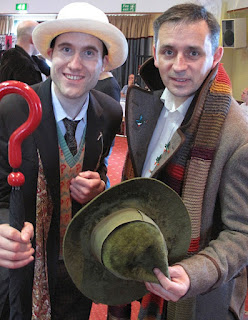 My trip to NorCon earlier this month gave me the chance to wear my full Fourth Doctor costume for the very first time.

The boots had only been finished a couple of days before-hand, as was the hat.

It drew a lot of complements and I’ve been asked to post some better pictures of it. I took a load of photos, which I’ll post soon, but for now here are some choice shots showing the coat to its best.

Do let me know what you think. 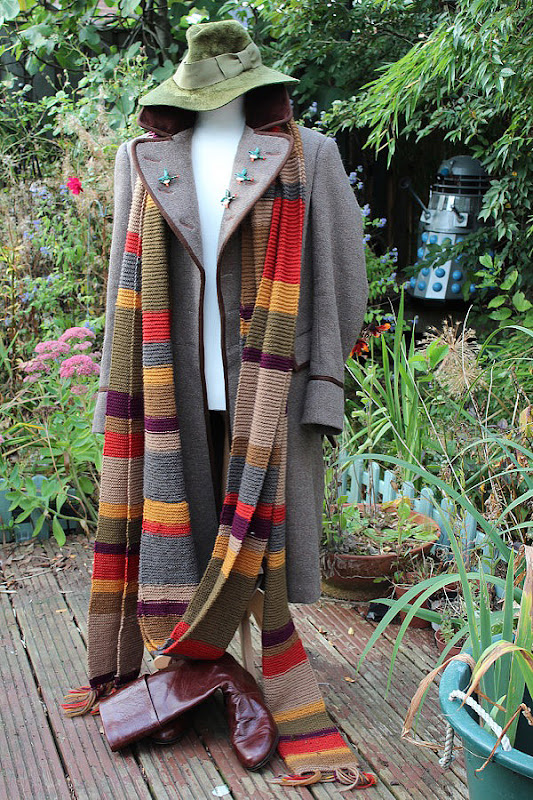 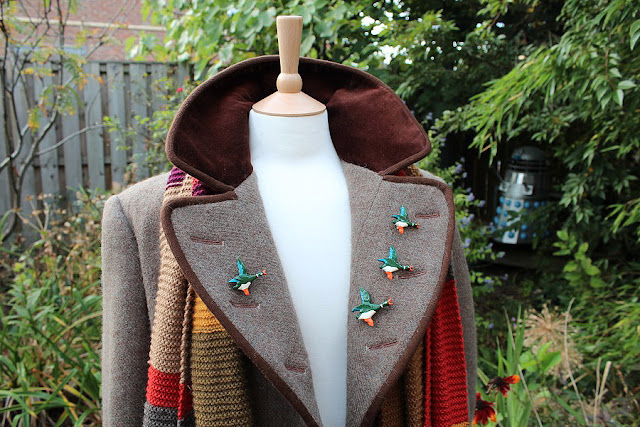 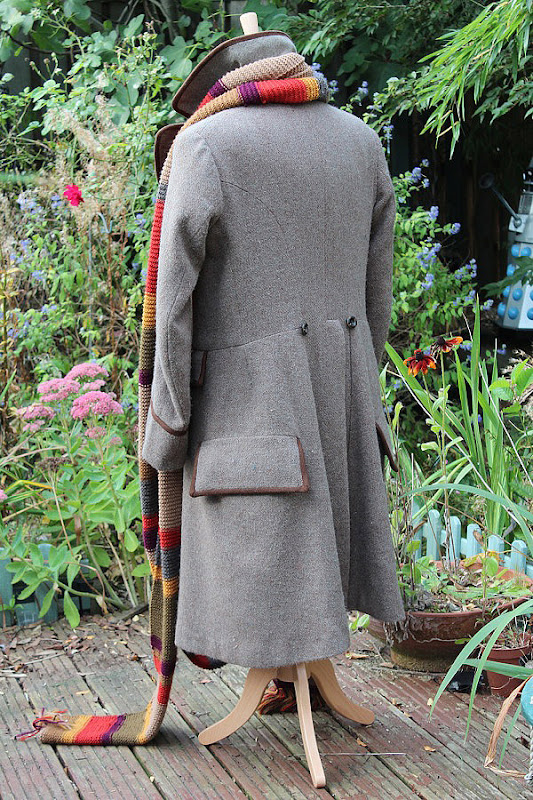 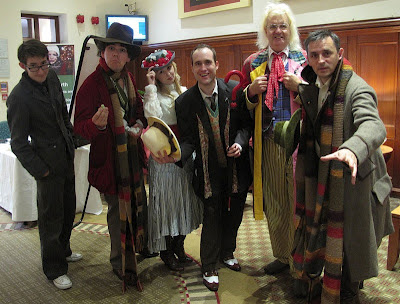 Today was the Nor Con (short for Norwich Convention). It’s a small, one-day affair held to raise money for charity.

I stayed overnight with family in the local area so I can get over without too much travelling.
It’s held at the Holiday Inn hotel on the outskirts of Norwich International Airport, reminding me in a way of Gallifrey One which is similarly occupies an airport hotel site. This is much smaller though.

It’s a general science fiction convention, but as with a lot of these gatherings, there’s a strong bias towards Doctor Who, and not being a big mainstream event, it means there is as much emphasis on the classic series as new.

I knew a number of cosplayers attending, and there was a Tenth Doctor, Fourth Doctor, Romana, Seventh Doctor and Sixth Doctor (above).

Later I saw a couple of Fifth Doctors, a Cyberman, another Seventh Doctor as well as a UNIT soldier. 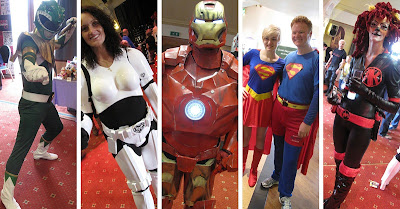 Cosplaying in the UK isn’t as popular as it is in the states, but there was a good contingent in attendance today, including a good range of sci-fi and comic book costumes.

I found a Power Ranger; a cute female Stormtrooper; a chunky Iron Man; both Superman and Supergirl; and something I wasn’t really sure of its source.

Later I found some Ghostbusters; some Batman cosplayers including The Bane; and curiously a Predator Jedi Knight (no, I don’t know why either!)