If the Fourth Doctor wore a bow tie...

While on the hunt for the perfect Matt Smith bow tie, a good friend of mine has found an interesting maker on Etsy.com, called TheDirectorsCabin.

As well as a small range of Eleventh Doctor bow ties (see right) they also do a number of other Doctors including the Fifth and Tenth, plus several abstract Doctor Who related patterns.

But the ones that caught my eye from a Fourth Doctor point of view were a number based on the iconic scarf!

A number of options are available in self and pre-tied as well as batwing and butterfly shapes. There’s even a pocket square! 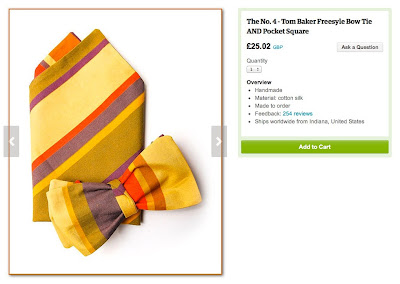 Posted by Steven Ricks Tailoring at 14:40 No comments:

So far all my Costume Reviews have been based on the listings and their photos attached.
I have written them from my point of view of what I can see and their overall appearance. I know this is not ideal, but since a lot cosplayers are widely seen online though their own photos at conventions, I think it acts a preview to how they will look beyond seeing it first hand.

So now I welcome the input of one of my readers who has purchased a Fourth Doctor season 12 corduroy shooting jacket, and who has written a review for us. As you’ll read, the jacket has already failed to deliver on it’s name :( 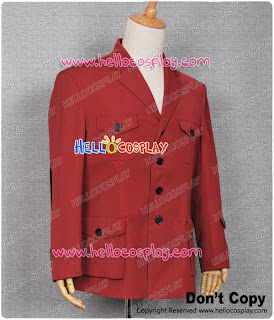 Immediately noticeable here is the biggest flaw with this replica: This is a blazer instead of a shooting jacket. The material is a cotton/polyester blend clearly intended for suiting instead of the very characteristic corduroy of the original. 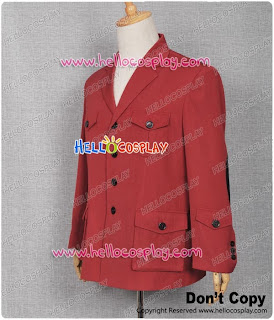 Piggy-backing from that is the cut, which is much too tailored and clean – great for a suit, but far from the slightly disheveled, bohemian look that the loose, baggy cut of the original has. 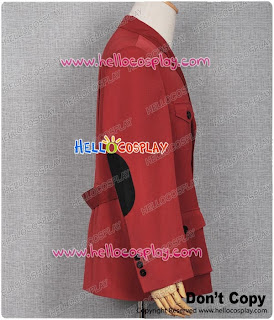 The color is a good hue but too light. The pockets are a bit small, much too box-y, and are lacking any kind of trim. The lower pockets especially are not nearly large enough – the originals were much baggier and held quite a number of things. 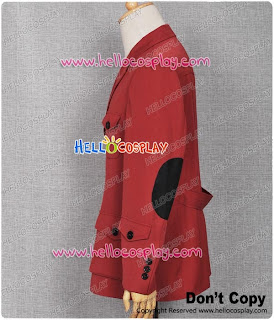 They are also conspicuously lacking the inverted box-pleat up the center, though strangely the breast pockets include them. The buttons are much too prominent, probably due to the lighter color of the fabric, and the choice of flat black buttons. This jacket does have the token flap for the odd pocket on the sleeve, but it’s just a flap and doesn’t include an actual pocket underneath. 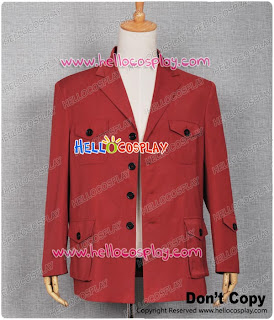 The back of the jacket fares a little better. The gussets are nice and deep and the belt is pretty loose. Unfortunately there isn’t enough length in the back (another casualty of the suit interpretation) and the sleeves are much too tailored. The elbow patches are black instead of the original grey and made from the same cotton/polyester blend the rest of the jacket instead of leather. 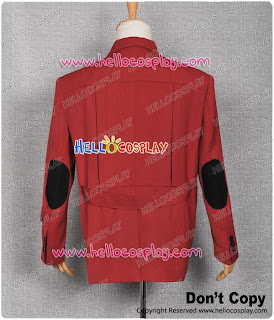 For the casual cosplayer, it’s not terrible. One thing I’ve found with Hello Cosplay’s work is that I’ve never had to alter anything I’ve received from them. My jacket was tailored well, is comfortable, and has mostly held up during long periods of cosplay (some minor seam popping in the lining is the worst I’ve experienced in a year of convention cosplaying and occasional real-life wear). 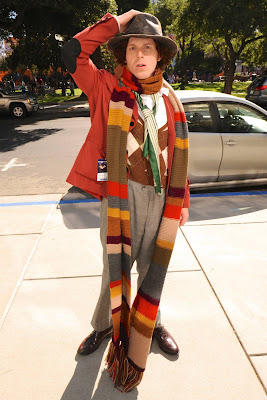 Unfortunately, as a replica, the jacket is far from perfect. If you have another $10 to pitch in, the other shooting jacket replica Hello Cosplay offers looks to be leaps and bounds better than this one.

Posted by Steven Ricks Tailoring at 16:41 No comments:

I was struck by her costume, which bears an uncanny resemblance of the Fourth Doctor’s wardrobe. 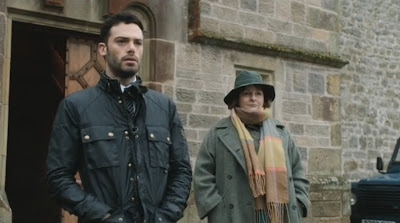 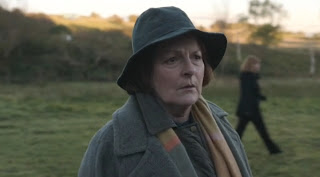 She is wearing a heavy wool overcoat with large buttoned lapels; a fishing-type hat, which could be mistaken for a fedora (okay, from a distance!); and a long(ish) multi-coloured scarf! 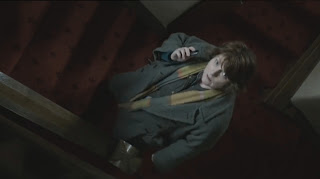 The colour palette of the scarf isn’t that far off from Tom’s classic season twelve look. 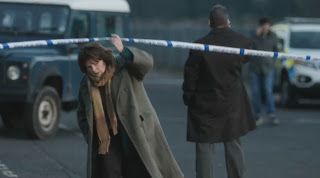 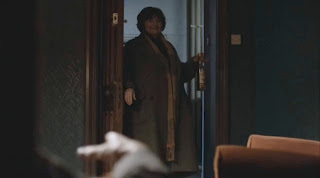 When it is just around her shoulders, it does look quite long.

Now, ironically, Tenth Doctor costume designer Louise Page is currently working on series four of Vera, which was commissioned before series three had even been broadcast!

She did not design for series three, and has inherited the established costume. It’s like The Doctor is following her around....

Here, while it remains online, is the full trailer.

Posted by Steven Ricks Tailoring at 21:25 No comments:

The best Romana cosplayer - EVER!

Just got back from Project Motor Mouth 2 and had the most fantastic day seeing no less than TWELVE classic series companions.

One in particular I was keen to meet was Lalla Ward, who I adored as Romana.

I cheekily asked if she would pose in my Tom Baker Frock Coat and recreate her photo from Destiny Of The Daleks - and she said yes!

It was a great thrill to see her wearing it - and I love this comparison!


Thanks Lalla - you MADE MY DAY!
Posted by Steven Ricks Tailoring at 20:25 3 comments: