You may know that once a week I attend college in Hemel Hempstead, where I have been learning hand-tailoring as well as improving my all-round sewing skills.

The college has been going for many years now, and I recently discovered it is celebrating its own 50th anniversary, one year before The Doctor celebrates his. 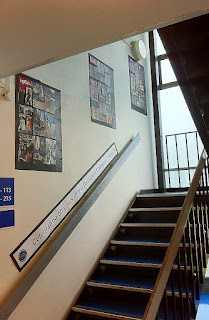 As part of the look back over the past 50 years, some has put together a series of boards, covering the past five decades.
Each includes some genre series and films, and two of them feature the intrepid Time Lord.

This posting has now been