As seems typical these days, one or two guests have been postponed to later events, or have cancelled at the last minute, leaving barely five celebrities to meet.

Luckily though, two aspects of the line-up I really wanted to meet were in attendance, so it was still well worth the trip across London to see them.

I’m of that age that went through my formative years during the Hinchcliffe era of Doctor Who, so adventures like Genesis Of The Daleks, Robots Of Death, The Talons Of Weng-Chiang and of course The Brain Of Morbius are etched on my own brain! 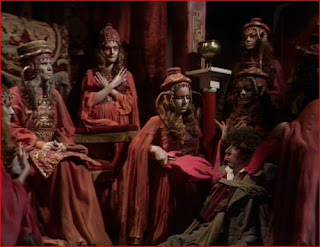 So it was jaw dropping to hear that Cynthia Grenville, who played Maren, the high priestess of The Sisterhood Of Karn was coming, along with one of her hand-maidens, Ohica, played by Gillian Brown. Not only this, a photo-opportunity with them both was on offer - something I would make the effort to get on this occasion.

This did mean getting to Barking a bit early than I usually do, battling against weekend engineering works to do so. That said I planned my route well and was there ahead of schedule to get my photo.

I couldn't resist taking along my Tom Baker coat and scarf to make the photo that extra bit special. Both actresses remarked on my coat, which was super-flattering. 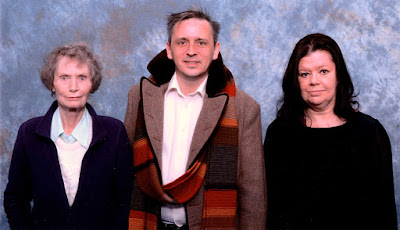 Once I had my photo, it was time to gather some autographs for my book.

CYNTHIA GRENVILLE is known for Secrets and Poldark, as well as playing Maren, leader of The Sisterhood Of Karn in The Brain of Morbius. 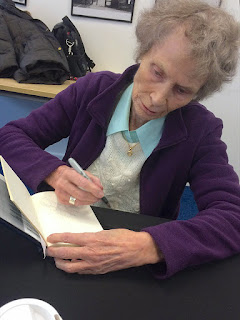 On stage she appeared in Fiddler on the Roof at Her Majesty's Theatre with Topol.

Cynthia was a delight to meet, sharp as a button and while signing asked if I wanted hr to write her character name after her signature, so she knew her stuff.

GILLIAN BROWN played Ohica in The Brain of Morris. Since then she has been seen in Grange Hill as the librarian; The Mayor of Casterbridge as Lucetta's Maid. Parts followed in Angels,  Z Cars, Owen, M.D., and  Colditz. 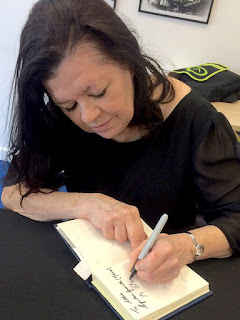 I remarked to Gillian that her episodes were amongst my absolute favourites from my youth, to which she commented that the sets wobbled and it was all a bit rushed.

I reassured her it was so well written and acted that it out-shone any of the short-comings to make it a classic.

CY TOWN was a Dalek Operator who worked on every Dalek story produced from Frontier in Space to Remembrance of the Daleks. 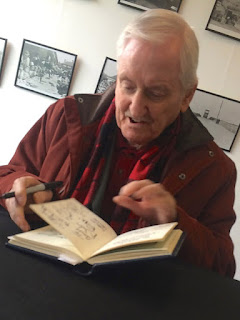 Cy is notable for being the only surviving Dalek operator from the original run of Doctor Who. John Scott Martin, who appeared from the very first to very last Dalek appearance (as the Special Weapons Dalek) died in 2009. Robert Jewell, Kevin Manser, Gerald Taylor and Peter Murphy have all since passed on.

He signed my book to share a page with Dalek voice-overs Nicholas Briggs, Brian Miller and David Graham.

DANIEL HOFFMAN-GILL played Bors in the Series 9 prequel The Doctor's Meditation and the episode The Magician's Apprentice.

Daniel Hoffmann-Gill is also known for My Last Five Girlfriends, Kill Keith and Galavant.
On stage he performed in a number of productions for the Nottingham Playhouse, including Heaven of Davids, The Ashes, Of Mice and Men and Jack & The Beanstalk. 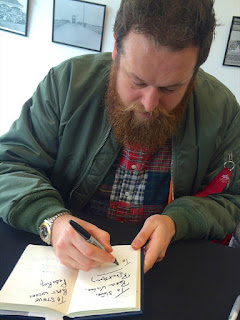 Daniel is a real gentle giant, and such an enthusiastic guy to talk to. He’s a big Star Wars fan it appears, and he instantly clocked my Finn jacket I was wearing.

ANNETTE ANDRE
is well known for playing  Marty Hopkirk's widow Jeannie in the ITC series Randall and Hopkirk (Deceased). Prior to that she made regular appearances in other genre series The Avengers, The Saint, Adam Adamant Lives!, The Troubleshooters, The Baron and The Prisoner, as well as The Persuaders!, The New Avengers and Return of the Saint. In the 1980s, she appeared in the soap opera Crossroads as well as returning to Australia to play Camilla Wells in Prisoner (retitled Prisoner: Cell Block H in the US and UK). 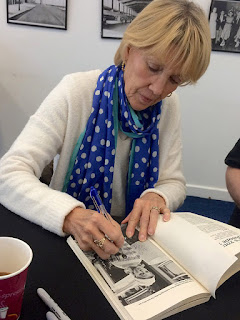 As Anette isn’t a Doctor Who celebrity, I got her to sign my copy of The Prisoner Companion.

This was a book I took with me to all the interviews I conducted while making my documentaries about The Prisoner back in the 1990s.
It has well over 100 signatures from cast and crew, many of whom have since passed on.

Once everyone had their photoshoots and autographs, it was then time for a Q & A session with the guests. 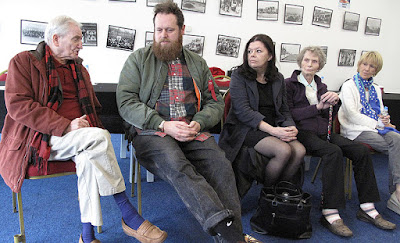 The line-up for the Q&A was quite short, being only five guest, but on the up-side it gave more time for each to talk and recount their times working on Doctor Who (or the shows they are known for). 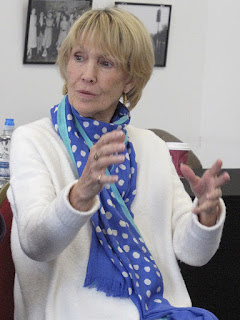 The interviews, conducted by Robert Dick, were kicked off by Anette Andre who discussed her time on Randall And Hopkirk (deceased).

She recalled the difficulties of not only doing the appearing and disappearing effects during filming, but playing scenes were she cannot ‘see’ one of her co-stars, but the other could. Scenes would have to often be shot twice over to represent who could see what at which points during the action! 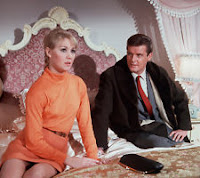 She went on to talk at length about working on The Saint with Roger Moore.
She found the director hard to work with, but once Roger had a quiet word with him she found her time on the show a joy.

Finally she discussed working with Patrick McGoohan on The Prisoner, which by total contrast was horrendous to work with. 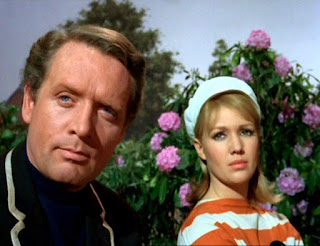 Patrick could be difficult with leading ladies, to say the least and Anette found it hard to play scenes where the actor opposite her would not look her in the eye. 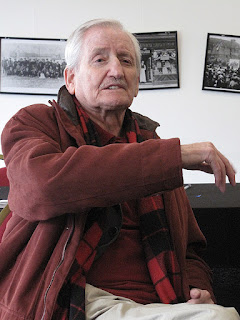 Cy looked back on his time on Doctor Who with a great deal of fondness. He had played small parts before settling to becoming a Dalek regularly from 1973 until towards the end of the series in 1988.

He did tell me (during the autograph session) that he used to drive an old been up car. During Resurrection Of The Daleks he parked in the BBC car park, not far from Peter Davison’s BMW. Between their cars a stage-hand was parking and hit Cy’s car. Peter noticed and said, “At least it wasn’t mine he hit!”. Charming!!!


Posted by Steven Ricks Tailoring at 17:03 No comments: