Getting my ducks in a row 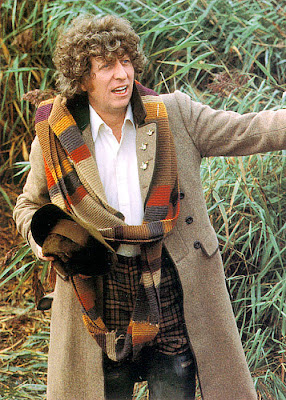 One thing which finishes of the ensemble and is the icing on the cake are my set of flying duck brooches!

They are something I have always associated with the coat, but now I look back over photographs and episodes they only appeared in one adventure, The Power Of Kroll.

I’ve been looking around for a decent set, and along the way have picked up some suitable candidates.

Here’s what I found. 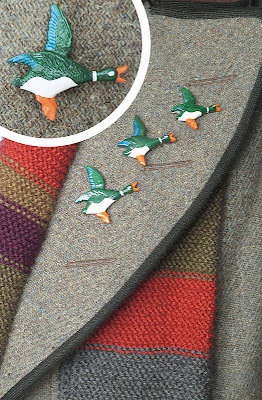 This was the first set I found, and I’ve seen several sets of these on eBay.

Cast in resin, the colouring is very stark and cartoon-like. I can’t help thinking of Daffy Duck when I see them.

As a quick place-holder set they fitted the bill very well, but I was always going to be on the look out for a better design.

A set identical to these are on the coat on display at the Doctor Who Experience in Cardiff. 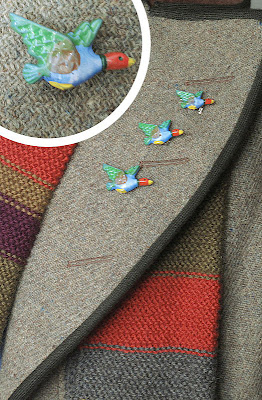 This set are quite a bit smaller my the first set I bought, but are just as effective.

They are more like the ceramic versions original seen in the 1970s.

I like them, but am not too keen in the blue colouring. 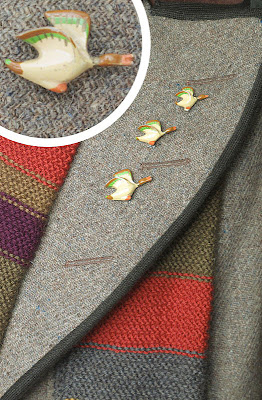 This is actually the latest set I have bought and are a more stylised design.

The colouring is much nicer, in oatmeal and brown with a touch of green.

They are wonderfully kitsch! 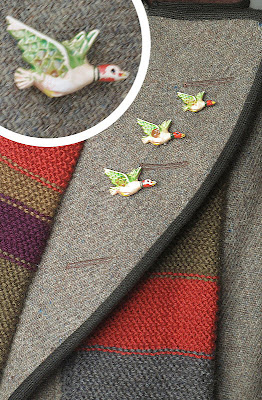 This final set are the same moulding as the blue ducks above, but are painted in a more subtle colour scheme, akin to the brown tones of the period set I recent purchased.

The way they have been painted and partly rubbed off, gives them a nice aged appearance.

These are my personal favourite and are the ducks I currently have on my coat.
Posted by Steven Ricks Tailoring at 17:50