While researching the Fourth Doctor Costume Index, I did come across some great photos of Tom in costume - but not for broadcast episodes.

One set which really catches the eye were taken for the Doctor Who greetings cards printed in the late 1970s by Denis Alan.

I am not 100% sure, but I wouldn’t be surprised to hear they were taken while on location filming for Destiny Of The Daleks. The sandy background reminds me a lot of the landing site of the Movellan ship and the costume looks to be a match to what he wore for that adventure.

Each of the 17 cards had a different message inside, only one is included here. It wouldn’t take a genius to print their own birthday cards from these.

These are not my scans, and I am unsure who did them, but I cleaned them up a little :) 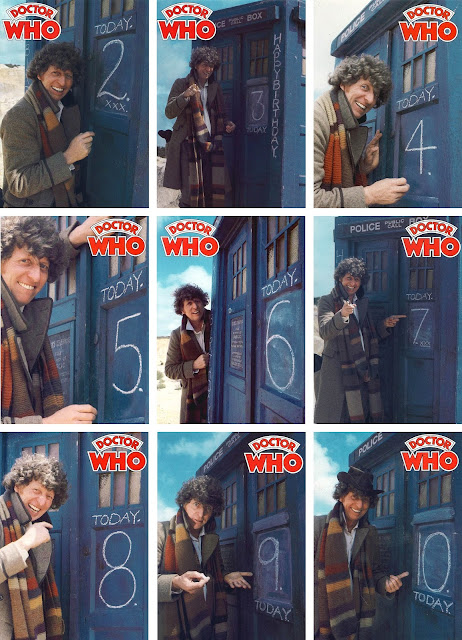 Posted by Steven Ricks Tailoring at 14:01