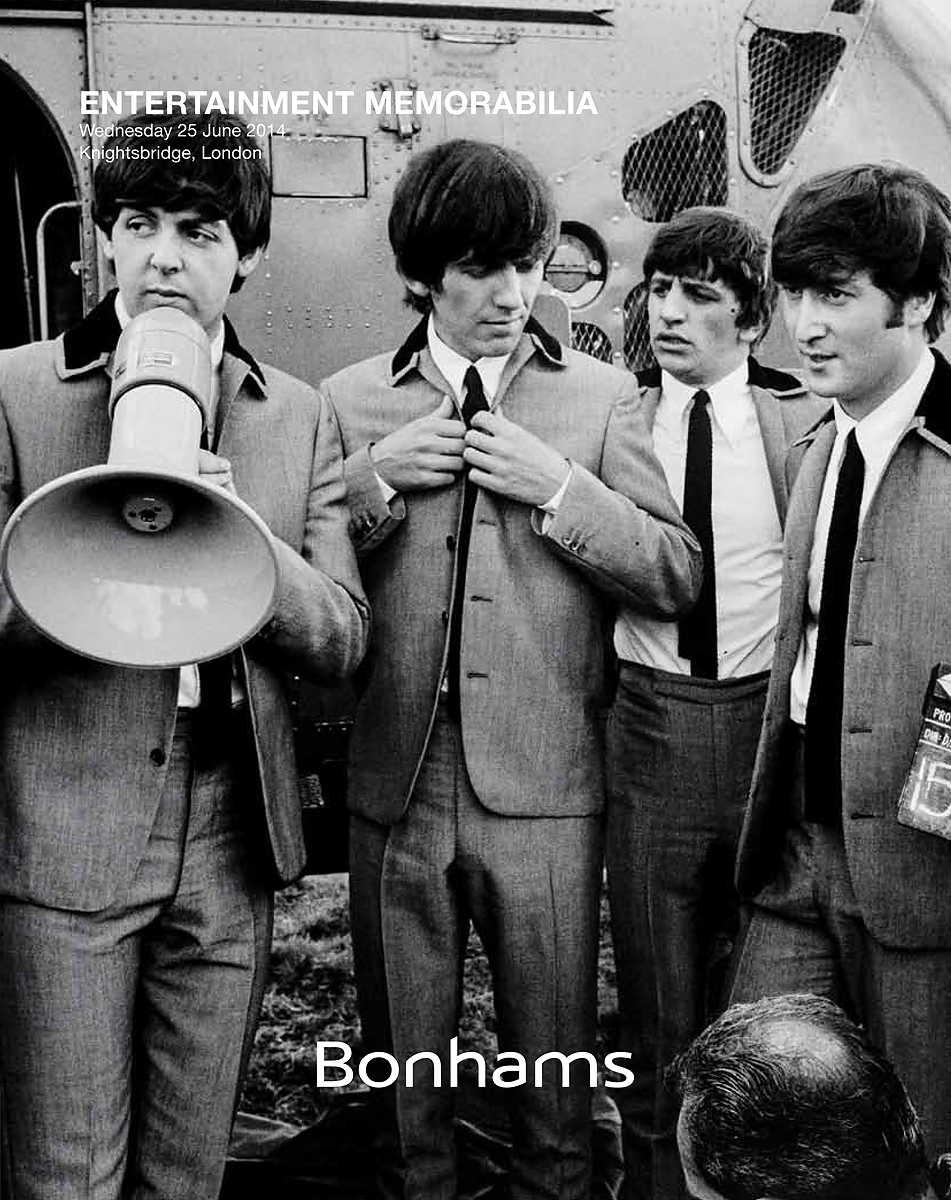 It’s that time of the year again and another Bonhams Entertainment Memorabilia auction is looming.

There are a number of Doctor Who, Torchwood and Sarah Jane Adventures items on offer.

Most of the Doctor Who items are left over the from the previous sale in December last year, now with considerably reduced estimates and reserves.

You’d be forgiven for thinking the solitary Fourth Doctor era item was from the massive Doctor Who costume sale in February 2010, but this is actually a different costume. The previous robes, (Lot 161 in the previous sale) had a label inscribed Withryk, FUT 462.


Bonhams sale 21947
(25th June 2014)
Entertainment Memorabilia
As usual I have separated the items by Doctor era, and you can see the rest of the items here:

FOOTNOTES
This is very similar in style and labelling to several robes sold in these rooms, 24th February 2010, 'Doctor Who: The Auction, Costumes and Props from the BBC Archive'.