When I was at this weekend’s Doctor Who Cares 2 event in Slough, I came across a neat little book written by Fourth Doctor companion Romana, also known as Lalla Ward! 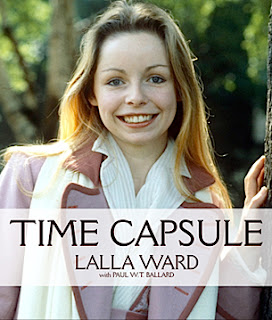 I have been aware of a lot of these types of auto-biographical books being written by various companion actors and actresses, and to be honest none really appeal to me, so I initially overlooked Lalla’s as I assumed (wrongly) that is was similar fair.

The book is essentially a collection of photographs and illustrations to which Lalla has written accompanying memories to sit alongside them. 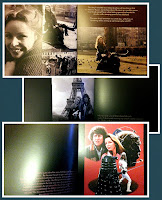 These range from images from her first photocall as Romama; through a number of covers to the Target novels illustrated by Alister Pearson and Andrew Skilleter; but most of all a number of the costume designs by legendary designer June Hudson. 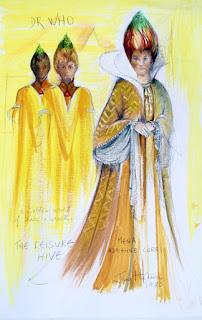 Published here are designs for Destiny Of The Daleks (the pink frock coat ensemble, but sans the coat); Creature From The Pit with a flowing white and pink chiffon dress; an interesting outline drawing of her costume from Horns Of Nimon.

Also in the book are both Roman’s and Mena’s costumes from The Leisure Hive; the red silk Chinese-inspired outfit from Warrior’s Gate; and finally an un-used costume for the same serial. 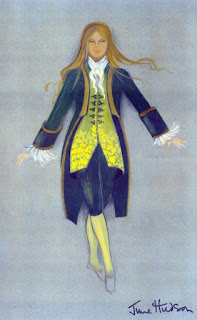 At 48 pages it’s not very thick, but if you are a fan of June Hudson’s costume designs its a real treat.

All proceeds of the book go to Danville Hall, a retirement home for actors run by Lalla and her husband, so it’s all in a good cause too!

You can order the book direct from the publishers, Fantom Publishing using the link below.

Posted by Steven Ricks Tailoring at 16:02