This weekend (Sunday 20th February) sees the official opening of the Doctor Who Experience exhibition at London’s Olympia.

Amongst the displays is a definitive collection of costumes worn by The Doctor through his regeneration (see left and right). Some out of necessity are replicas, but many are original and screen-used.

On Thursday I went to the first of the paid previews, following on from a couple of weeks of tester days to iron out teething troubles. While I was there I took a good set of photographs of all the costumes on show.

I have already written a Full Review of the exhibition itself, but here is a more targeted write-up focusing on the items of interest to a Fourth Doctor fan and giving them a more detailed look.
Although the thrust of the exhibition focuses on the current Doctor, with Matt Smith providing some personal input, there are still a few things here of interest to a fan of the original series.

First evidence of this are some large blow-ups of various covers to the Radio Times, which adorn the walls after you leave the interactive show. 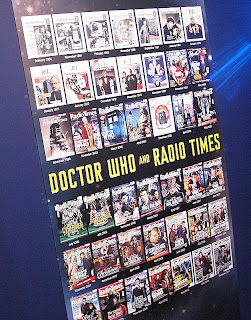 Looking back on the exhibition, it highlights the sometimes disproportionate representation some of the incarnations of Doctor Who have had.
Despite his long run in the part, and it's apparent popularity at the time, Tom Baker never made the Radio Times cover in his own right. Pity.
(He can be seen on two post-classic series covers, in montage with other Doctors.)

His costume on display is probably his most popular, being the one from City Of Death, though with the flying duck broaches is more associated with The Power Of Kroll.
It’s not clear if the coat is original, but it is a beautiful item nonetheless. The scarf is sadly not original, and could have been a better choice, but hey. 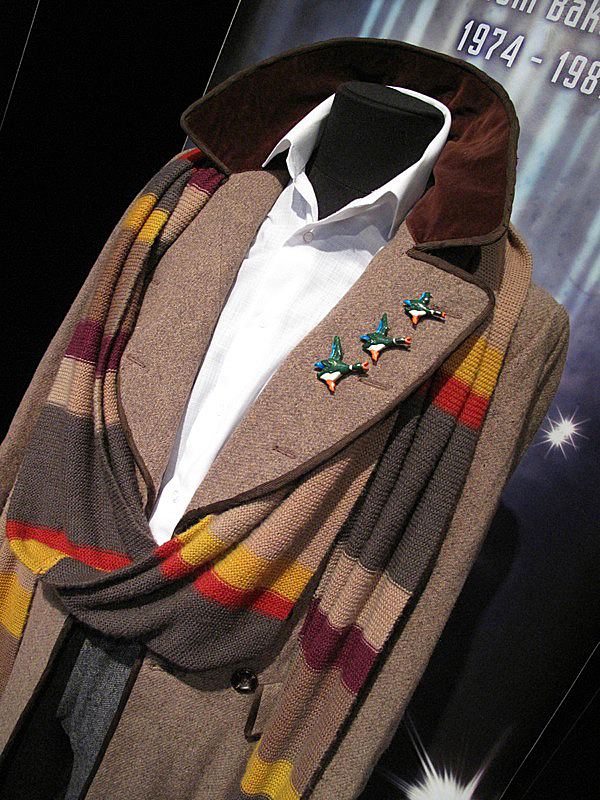 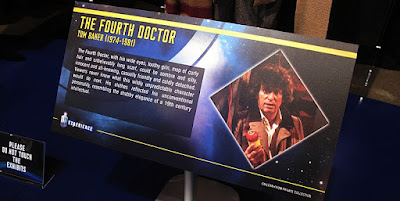 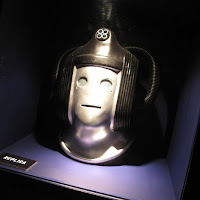 The Fourth Doctor get representation in the Cyberman and Dalek displays, with Revenge Of The Cybermen and Genesis Of The Daleks providing the source reference. 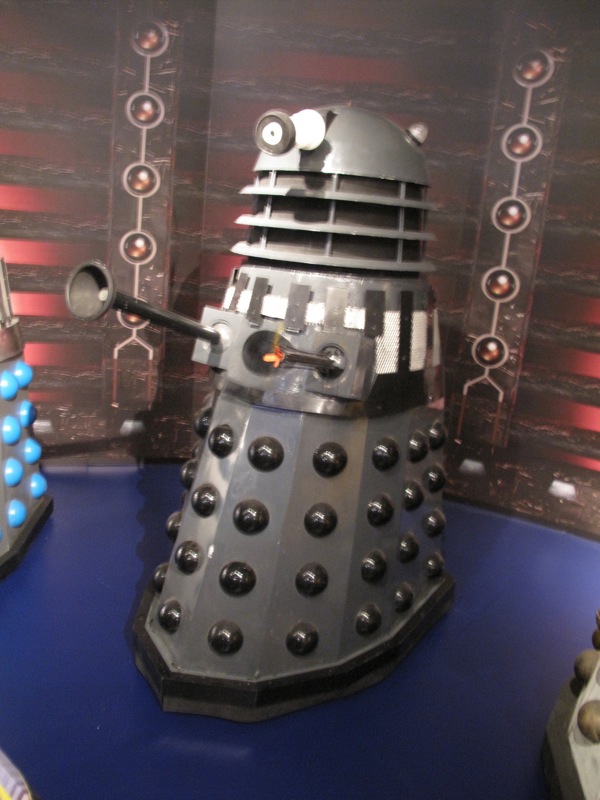 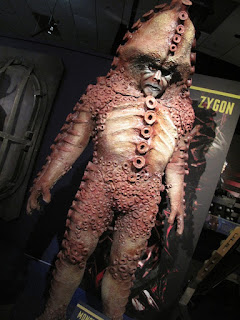 Further in the Monster Zone there are a few adversaries on show. Stoor, the lead Sontaran from Invasion Of Time; a fantastic recreation of a Zygon; and a beautifully restored Giant Robot make for impressive viewing. 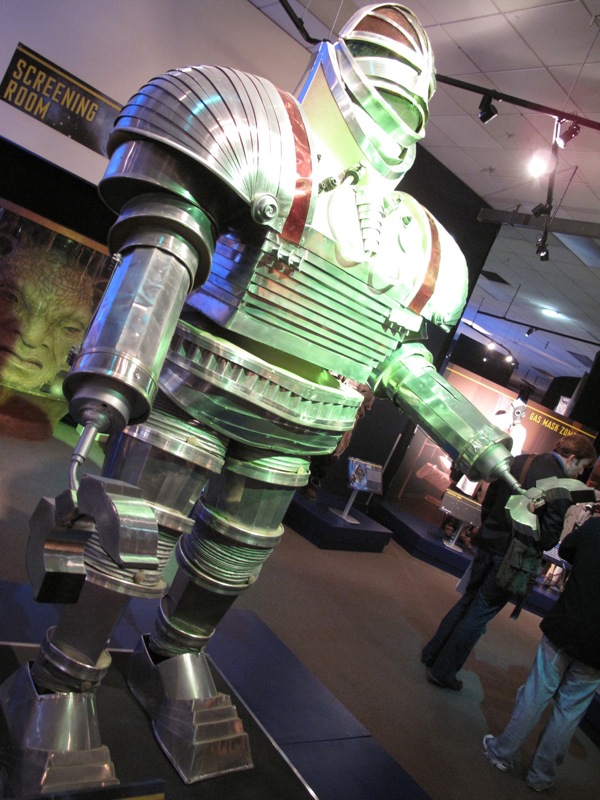 There is also a 1980s Police Box on display, but it is unclear if it relates to the either Baker eras, Davison’s or McCoy’s.

Does anyone out there know for sure?

Posted by Steven Ricks Tailoring at 15:53