After brining you my magnum opus costume index for The Fourth Doctor, I thought it was time to get back on the reviews of replica coats available around the internet.
Today the season 16 Frock Coat offering from Cosplay Sky.

Now, having made my own replica of this coat, I can immediately see a number of serious shortcomings in the cut of this coat. Some are quite picky, but others are more obvious. 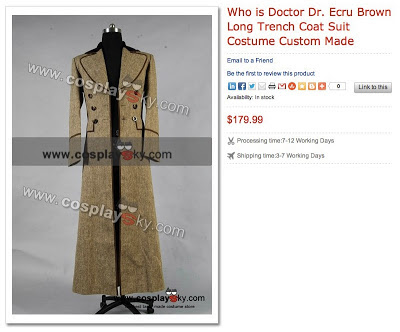 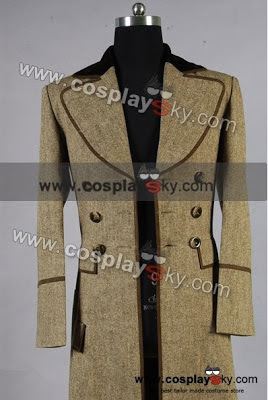 It does become a problem of where to start with this, as the coat is such a anime caricature of what should be one of Tom’s iconic Frock Coats.

The whole body of the coat seems excessively elongated, even down to the cuff piping being twice s high up the sleeve as it should be.
The waist is quite tailored, which only accentuates the disproportions of the coat.

The piping around the edges of the lapels and pocket flaps are not the right colour. It needs to be a real dark brown (almost black) rather than the milk chocolate colour used here. 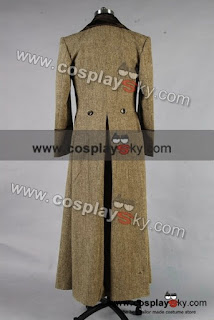 The fabric used doesn’t really look to be quite right, but of the three season 16 Frock Coats I have reviewed this is almost the best colour of the bunch - ironic as it is without doubt the worst cut of what’s on offer.

The buttons on the back are set too far apart, and the back vent is exactly central, where it should be off centre and have a slight overlap. 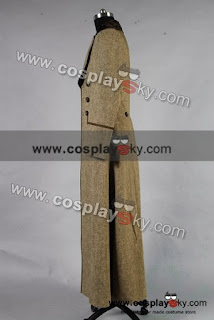 The pocket flaps are very rectangular and don’t have the slight flare of the real thing.

But to add to things, one of the outer pockets is completely missing!
The lower left-hand pocket has been omitted, and remaining pocket left is too close to the front and to big enough.

And to confuse things even more, two large flap-less pockets are added at the back. All a bit of a mess. 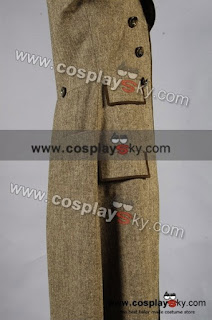 The waistline pockets are too big and crash the buttons. They should be close, but not that close.
The buttons could be moved, and should be in a slight diagonal line, diverging at the top - but this is the one and only practical fix on a coat that is frankly way to wide of the mark to be not worth the effort.