In my researching into sales of Doctor Who costumes and memorabilia at historical Bonhams auctions, I came across the catalogue for an Entertainment Sale in late 1994.

There are a good dozen Who-related items right at there end of the sale.

NB: There are minimal photo illustrations in the catalogue.
All colour images (bar lot 400) are internet sourced and as example only

Lot 377 DR. WHO
A copy of ‘Dr. Who Discovers Prehistoric Animals’, a paperback book published in 1977, in which ‘Even Dr. Who ﬁnds out things he did not knowl', signed on the title page by Tom Baker, in blue ink.
Estimate £30 - 50 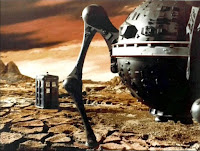 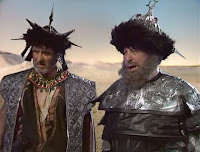 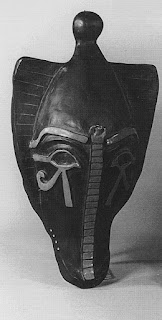 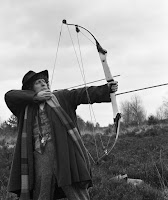 Lot 383 DR. WHO/TOM BAKER
A longbow by Bear, together with some black and white photographs of Tom Baker in Dr. Who costume aiming this bow. (qty.)
Footnote: Thought to have been taken on location when Tom Baker was attending a private function in Dr. Who costume.
Estimate £500 - 700 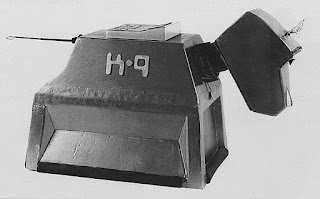 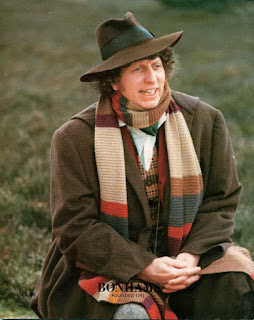 Lot 400 DR. WHO
Approximately ninety negatives and nine colour photographs thought to be location stills from ‘Robot’ (1975), ‘The Sentaran Experiment’ (1975) and ‘Terror of the Zygons’ (1976), many featuring Tom Baker as Dr. Who. (qty.)
Footnote: To be sold with copyright. Whilst the seller conﬁrms that this property is sold with copyright, Bonhams can accept no liability in relation to any matters arising as a result of any imperfection in copyright given.
Estimate £600 - 800
Posted by Steven Ricks Tailoring at 14:48