Spotted this on eBay this month.

Destiny of the Daleks - Tyssan jacket

The Jacket originally had foam padding inside (quite a lot of costumes from around this time
were padded using the dreaded pink foam) .......... but this has turned to dust, on photographing the costume
the dust was still making its presence known, even though I had gentle shook it for a good few minutes.
(I have the same trouble with the Mandrel, every time you move it another pile of dust comes out)

A RARE opportunity to own a screen matched key characters piece of wardrobe, from the Tom Baker era and ad to that from a Dalek story. ......... what more could you want? 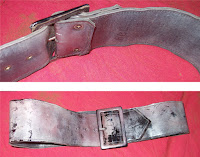 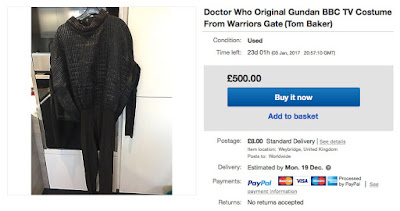 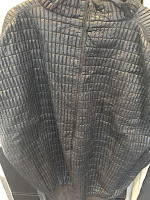 This is an original BBC costume from the classic, Tom Baker, Doctor who serial, "Warriors Gate", originally aired during the 18th season over three episodes from 3 January to 24 January 1981. 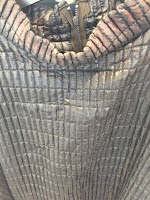 This is a full Gundan jumpsuit, which sat underneath the armour on each Gundan robot. 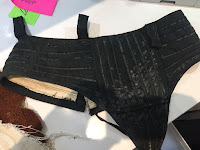 It is in excellent condition with a foam corrugated type material top and silky black arms and legs.

It also comes with a Gundan waist harness, that joins around the waist and through the legs (picture). 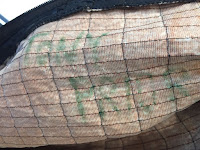 Written inside the jumpsuit is the name Tony Prior, who is credited as a Gundan robot in the serial. 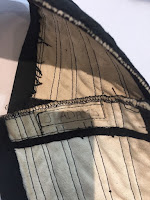 The harness has J.Adams written on the inside.
Posted by Steven Ricks Tailoring at 19:15