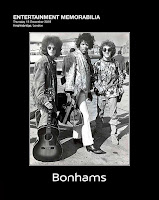 Every six months I eager anticipate the Bonhams Entertainment auctions at Knightsbridge.

They often turn up Doctor Who props and especially costumes. In the past we ’ve seen Tom’s trademark scarf sold, and even one of the velvet frock coats.

This time around, to say there is very little on offer is an understatement - only one solitary item. But it is a pair of shoes worn by Tom during his time as The Doctor! 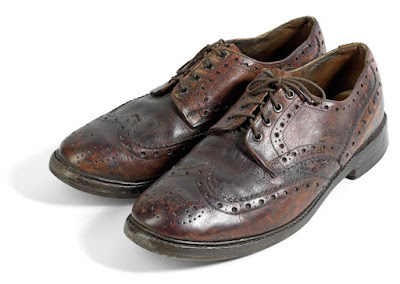 Lot 46 Tom Baker as The Fourth Doctor, a pair of brown brogues, 1970s,with four eyelets, inner stamped Regent Made In England, right shoe with indistinct size stamp but believed to be 12