I attended the Midnight convention this weekend, which marked the first appearance of Billie Piper, alongside David Tennant who has now appeared a few events.

Saturday morning was the better of the two days, as I pretty effortlessly got my photocalls with monster playing cast members Barnaby Edwards (lead Dalek operator); Dan Starkey (who has played almost every lead Sontaran in the new series); and Annette Badland (notable for being a Slitheen in series one and now a supporting role in Wizards vs Aliens). 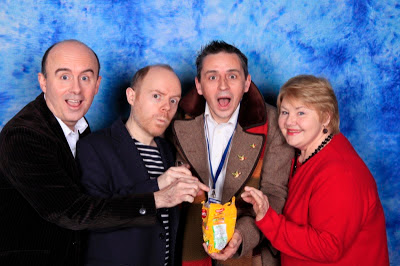 This was followed by the Torchwood stars Eve Myles and Gareth David Lloyd. 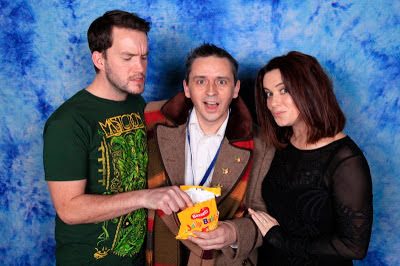 Both groups were happy to play along with my high jinx with jelly babies, though Gareth was the only one reluctant to join in. Eve soon put that right. 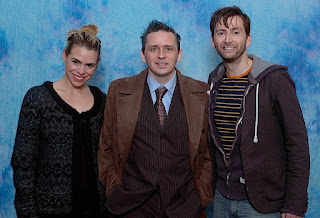 I wore my Ten outfit for the David and Billie photo, so donned my Fourth Doctor costume for these other shots.

Posted by Steven Ricks Tailoring at 22:56